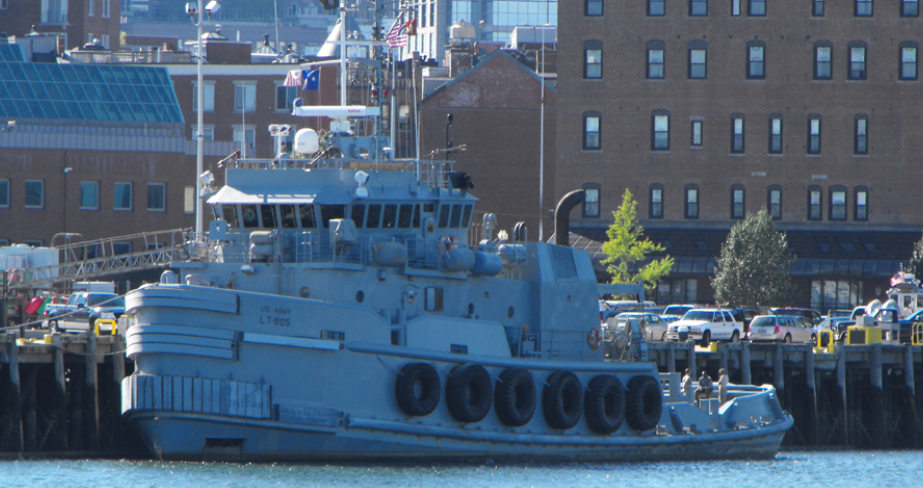 BriarTek ORCA: Protecting Our Soldiers at Sea
Alexandria, Va.
April 7, 2011 – The U.S. Army has chosen BriarTek to provide the ORCA® Man Overboard Indicator
(MOBI) system for sailors aboard its Large Tug (LT) MG Winfield Scott and Logistics Support Vessel (LSV) MG Robert Smalls. The vessels are the first in the U.S. Army fleet to be outfitted with the life-saving alert system. ORCA® systems deployed aboard the Winfield Scott and Robert Smalls are fully interoperable with the thousands of ORCA® units already installed across the U.S. Navy fleet, providing for swift and efficient rescue operations at sea.

BriarTek is the sole-source provider of man overboard indicators for the United States Navy and has ORCA®systems deployed aboard over 500 vessels of all classes, including the entire carrier fleet. To date, ORCA systems have been responsible for the rescue of 29 Navy sailors worldwide.

In the event of a man overboard situation, ORCA® transmitters self-activate within 3-to-5 seconds of submersion in either fresh- or saltwater and immediately transmit the user’s location and relative bearing to all ORCA systems within range. The ORCA system® also provides the name of the individual who has fallen, as well as the name of the ship from which he fell and the GPS coordinates of the location of the man overboard incident. The transmitter emits a flashing strobe to provide improved visibility of survivors in the water.

ORCA®’s signal can be tracked by any Search and Rescue (SAR) assets utilizing Radio Direction Finders (RDF), and provides continuous relative bearing to a user’s location. While the transmitter’s trackable distance depends on ships’ antenna height and weather conditions, U.S. Navy experience has documented an effective range of up to 18 nautical miles (nm) from ship to survivor. Air assets are able to track survivors over distances greater than 60 nautical miles, aiding in swift and life-saving recovery efforts.

“As the sole-source provider of MOBI systems for the U.S. Navy, ORCA® is already in place protecting thousands of sailors in the Naval fleet, and we’re exceptionally pleased that the Army has selected the ORCA® system to protect its personnel as well,” said Bill Dull, Marketing Manager, BriarTek. “The interoperability of this system across all ORCA®-installed platforms is what makes it so valuable to the fleet.”