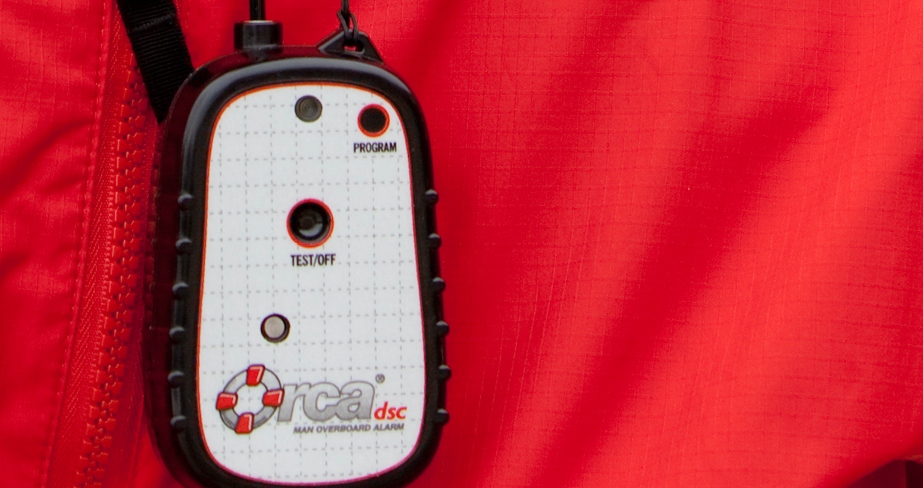 Life-Saving Technology for Boaters
04/29/2010
Alexandria, Va. – BriarTek’s ORCA line of Man Overboard Indicator (MOBI) devices has proven itself through thousands of hours of real-world use aboard the vessels of the United States Navy, and has saved the lives of dozens of U.S. servicemen and women along the way.

From Overboard to Onboard in Minutes
Measuring only 3.5 x 2.27 inches, and weighing in at only 3.1 ounces, ORCAdsc is easily worn on a user’s life vest or as a lanyard. The device begins transmitting a signal to the user’s VHF radio within five seconds of submersion in either fresh- or saltwater, as well as illuminating its integrated strobe light for improved visibility. Once activated, ORCAdsc has a battery life of 18 hours.
ORCAdsc’s dual-mode transmitter broadcasts its signal to VHF channel 70 (DSC) and standard SAR (121.5MHz) frequencies. ORCAdsc is also compatible with new Radio Technical Communication Maritime (RTCM) standards for MSLD’s.

BriarTek’s ORCAdsc
In a fleet application, each user’s transmitter may also be programmed to the VHF radios of all other boats in the group, making ORCAdsc the perfect safety accessory for regattas, poker runs, small commercial fleets, and read more here about post construction service dublin.