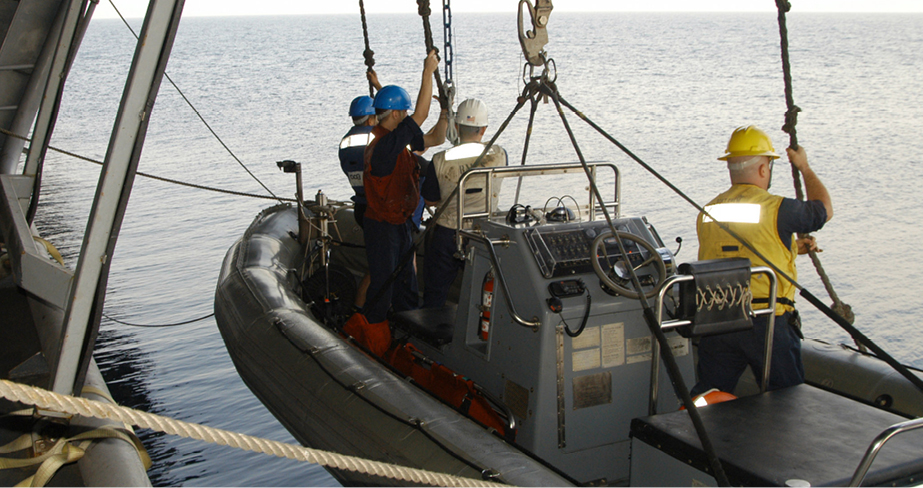 A Sailor or Marine who is accidentally blown off the flight deck of USS Nimitz (CVN 68) has a new piece of technology installed in their MK-1 “float coat” that will assist the ship in locating and recovering them.

Known as the man overboard indicator, or MOBI, the system consists of a small transmitter attached to the float coat; a bridge receiver the size of an answering machine and connected to a whip antenna mounted on the top of the ship’s superstructure; and a direction finder. The bridge-mounted direction finder shows the signal’s relative bearing. There are also portable direction finders in each of the ship’s rigid hull inflatable (RHIBs) so that boat teams can track the signal once they are off the ship.